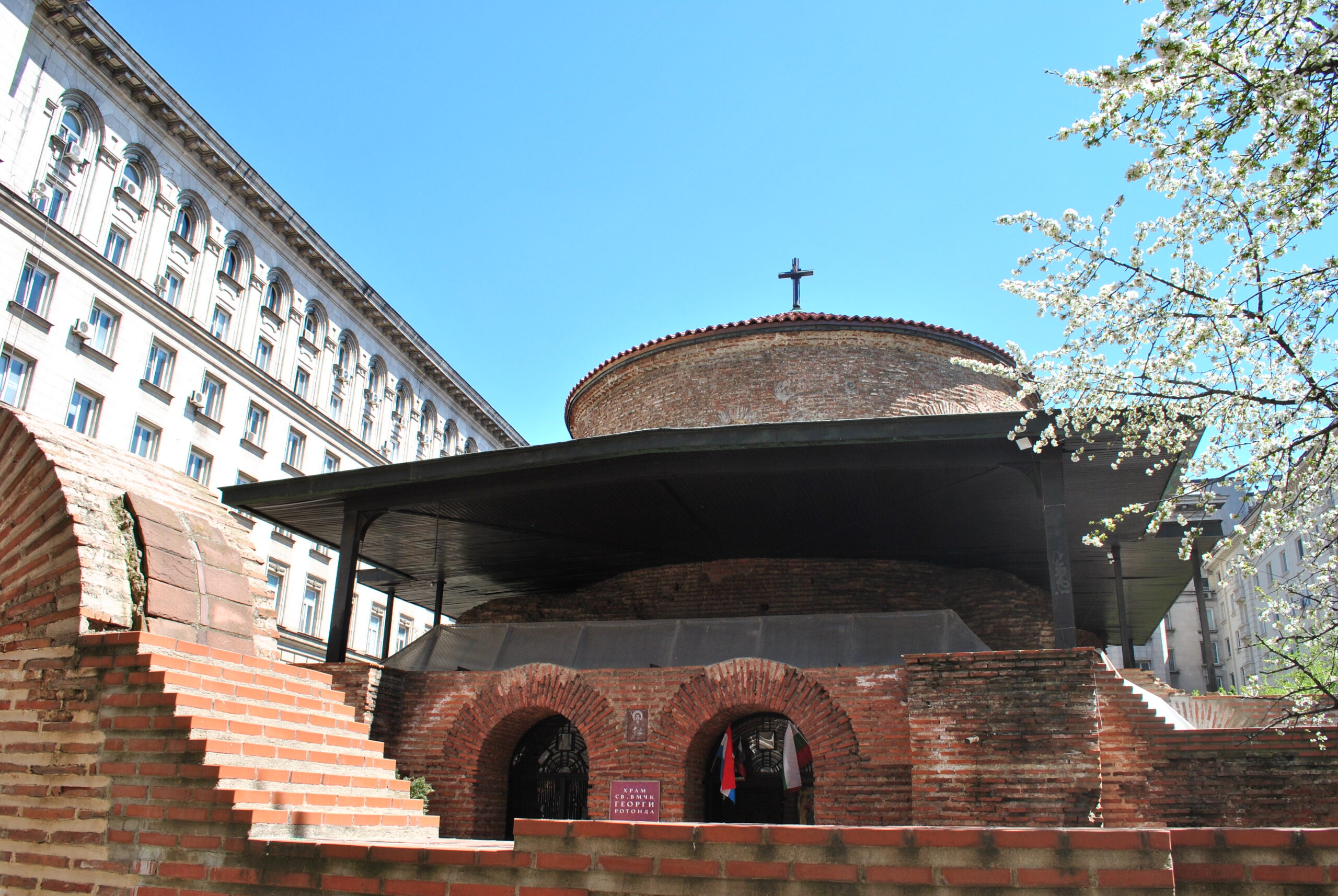 The rotunda of St. George’s Church is believed to be the oldest building in Sofia. It was built from red bricks and is located right behind Sofia’s most famous hotel, the Hotel Balkan, in the city center. The building is a relic from the historical city of Serdica (old name of the city of Sofia).

During different periods this church was used for different purposes: during the Ottoman Empire this building functioned as a mosque, in the subsequent period as a church. Construction began in the Roman Empire in the 4th century (goal: public use; no church).

Further information is provided in English on the following page: St. George’s Church